For more than 1500 years İstanbul was the capital of Roman, Byzantine and Ottoman Empires.

With one arm reaching out to Asia and the other to Europe, İstanbul is the only city in the world built on two continents. The Bosphorus courses the waters of the Black Sea, the Sea of Marmara and the Golden Horn through the city’s heart.

Istanbul’s fate has been sealed by its vital strategic location and its enchanting natural beauty. For more than 1500 years it was the capital of three empires: Roman, Byzantine and the Ottoman Empires. It was beautified accordingly with magnificent monuments and became a metropolis where diverse cultures, nations and religions mingled. Those cultures, nations and religions are the small pieces that form the mosaic of İstanbul.

İstanbul’s most important building works started in the Byzantine period and the city was then embellished further during the days of the Ottoman Empire.

It is İstanbul’s endless variety that fascinates its visitors. The museums, churches, palaces, grand mosques, bazaars and sites of natural beauty are countless. As relaxing on the western shores of the Bosphorus at sunset and watching the red evening light reflected on the other continent, you may suddenly and profoundly understand why so many centuries ago settlers chose to build a city on this remarkable site. At such times you can see why İstanbul is truly one of the most glorious cities in the world.

İstanbul is Turkey’s most developed and largest city, with the latest discoveries indicating that the history of human habitation there goes back some 400,000 years. The purple years of İstanbul may have started in 330 when Emperor Constantine declared the city the capital of his empire – royal purple is the colour of the Byzantine imperial family. Until 1453, when it was conquered by the Ottomans, the city served as the capital of the Byzantine Empire. During the reign of the Byzantines, İstanbul was adorned with a number of great monuments, which made it the most magnificent city in the world, even during the declining years of the empire.

The identity of İstanbul that began with the Byzantines was further shaped during the period of the Ottoman Empire. Sultan Mehmet the Conqueror declared İstanbul the capital of Ottoman Empire after he conquered the city in 1453. Over the next 450 years the city was adorned with superb Ottoman monuments. Building works after the conquest gathered apace during the reign of Sultan Bayezid II, with the finest works built by Mimar Sinan, the Chief Royal Architect. This worldfamous architect put his signature on the silhouette of İstanbul with a number of masterpieces.

The Ottomans were tolerant towards all religions and dedicated many places of worship to the Christian and Jewish communities so that these peoples could practise their religion undisturbed. Thus, in İstanbul mosques, churches and synagogues stood and still stand side by side as the physical evidence of İstanbul and a symbol of tolerance and fraternity of religions.

As an imperial capital of 1500 years, İstanbul is rich in architectural monuments reflecting its past splendour.

At every turn in the city one can happen upon Roman, Byzantine and Ottoman palaces, mosques, churches, monasteries, monuments, walls and ruins. The old city centre, with its places of worship, government, trade and entertainment, was where the citizens mingled, enjoying the benefits of the security and bounty of the state while maintaining their culture and way of life.

The most magnificent of İstanbul’s monuments are clustered on the historical peninsula, the triangular piece of land surrounded by the Sea of Marmara to the east and south, by the Golden Horn to the north and by the city walls to the west. The Historic Areas of İstanbul was inscribed on the World Heritage List of UNESCO in 1985, enchanting visitors with an impressive texture. Sultanahmet Square is the core of the historical peninsula and the most prominent examples of Byzantine and Ottoman architecture can be seen in close proximity here.

The most glorious architectural heritage of the Byzantine Empire is the Hagia Sophia which is referred to as the 8th Wonder of the World. Aged more than 1500 years old, it is one of the great symbols of İstanbul. The mosaics of Hagia Sophia, which were uncovered after it became a museum, are the foremost examples of Byzantine art of the 9th to 12th centuries. The Kariye Museum (Chora Church) is another Byzantine monument famous for its fine mosaics and frescoes. The Neve Shalom, Ahrida and Aşkenazi synagogues are three of the most important sacred places for Judaism in İstanbul.

The Topkapı Palace is particularly important for the Mukaddes Emanetler Dairesi (Chamber of Holy Relics) where the Prophet Muhammed’s Hırka-i Saadet (Blessed Mantle) and Sancak-ı Şerif (Holy Banner) are kept in their golden chests. The Sultan Ahmet Mosque, also known as the Blue Mosque, was built between 1609 and 1616 and houses the tomb of its founder, Sultan Ahmed I, a madrasah and a hospice.

The Historic Areas of İstanbul, inscribed in the World Heritage List in 1985, cover four main areas: the Archaeological Park, the Süleymaniye Mosque and its associated Conservation Area, Zeyrek Mosque and its asscoiated Conservation Area, and the City Walls of İstanbul. In its evalulation report the International Council on Monuments and Sites has stated that one cannot conceive of the World Heritage List without İstanbul, which has been associated with the world’s major political, religious and artistic events for over 2000 years. The cultural property in this area includes unique monuments and masterpieces of universal architecture, two of which are the Hagia Sophia

Another historical area of İstanbul, on the opposite shore of the Golden Horn, is the former district of Pera, meaning ’the other shore’. Settled by Genoese and Venetians in the 12th century, this quarter was inhabited mostly by Levantines and represented the western face of the city. The cosmopolitan character of ancient İstanbul is reflected in the following buildings there: the Galata Tower built by the Genoese, stately consulates which were embassies before the capital was moved to Ankara, and the art nouveau buildings of İstiklal Avenue. St Antoine Cathedral, a silent and tranquil spot on this avenue, is visited frequently by devout visitors from every religion. Palaces, summer palaces, castles and large mansions built by the Ottomans continue to adorn İstanbul. The Yıldız Palace and the Dolmabahçe on the shores of the Bosphorus were once the residences of the Ottoman Sultans, after Topkapı Palace. İstanbul is also famous for the elegant wooden houses, the yalı, built along the shores of the strait.

A stay in İstanbul is not complete without a traditional and unforgettable boat excursion up the Bosphorus, the strait that separates Europe and Asia. Its shores offer a delightful mixture of past and present, grand splendour and simple beauty.

Grand Bazaar and Spice Bazaar are the two most visited places in İstanbul. 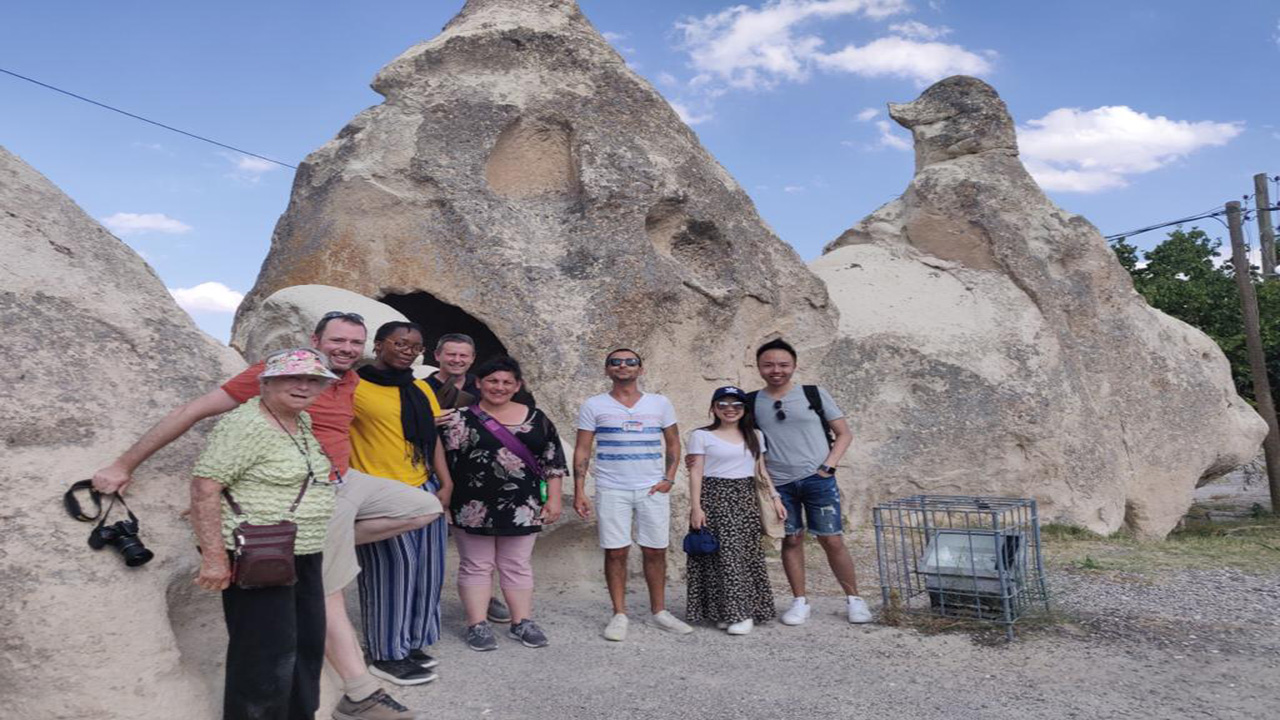