From Troy to Gallipoli

Çanakkale is an honourable resting place for the soldiers who lost their lives in Gelibolu.

The city of Çanakkale lies at the narrow 1200m entrance to the Çanakkale Strait (Dardanelles) that connects the Sea of Marmara and the Aegean. Passenger and car ferries run daily between Çanakkale on the Asian side and Eceabat and Kilitbahir on the European side. Yachts navigating the straits stop at the well-equipped Çanakkale Marina to allow tourists more time in the area. Hotels, restaurants and cafes along the promenade offer visitors a place to enjoy the harbour, as well as providing a view of the Kilitbahir Fortress and Çanakkale Archaeological Museum. What is more, the Archaeological Site of Troy was added to the World Heritage Cultural List of UNESCO, inviting history fans to its magnificent ancient settlement ruins.

In 1451 Sultan Mehmet II, the conqueror of İstanbul, built one fortress on the European side of the Çanakkale Strait at Kilitbahir and one on the opposite shore at Çimenlik to control the passage of ships through the strait. Today the Çimenlik Fortress serves as a military museum dedicated to the World War I Battles of Çanakkale.

The Historic National Park of the Gelibolu Peninsula was established to honour the 500,000 soldiers who lost their lives in Gelibolu, also known as Gallipoli. In 1915, Mustafa Kemal, the commander of the Turkish army, led a successful campaign to drive out allied powers from the area. The park accommodates memorials, monuments and cemeteries as well as the natural beauty of the Arıburnu Cliffs and Tuz Gölü (Salt Lake). The beauty of the green hills, sandy beaches and blue waters are an honourable resting place for the soldiers who bravely fought and died in this historic battle. One cannot help but sense the heart of the Turkish nation in the patriotic spirit of Gallipoli.

Contrary to popular opinion, the archaeological site of Troy does not embody just one ancient city. In fact, this site comprises the ruins of at least nine different settlements, built one on top of the other, dating back to the early Bronze Age. The first city was founded in the 3rd millenium BC and flourished as a mercantile city due to its location. This unique site enabled its inhabitants to control the Dardanelles (today’s Çanakkale Strait), a waterway which is used by every merchant ship passing from the Aegean Sea and heading for Black Sea. The extensive remains at this archaeological site are the most significant demonstration of the first contact between the civilizations of Anatolia and the Mediterranean world. Naturally, Troy is one of immense significance to understand the early development of European civilization at such critical stage. Moreover, Troy is of exceptional cultural importance because of the profound influence of Homer’s Iliad on the creative arts over more than two millenia.

Homer immortalized Troia (Troy) in his stories of King Priam, Hector, Paris and the beautiful Helen. Archaeological excavations have revealed nine separate periods of settlement here including ruins of city walls, house foundations, a temple and a theatre. A large and symbolic wooden Trojan horse marks the legendary war today. The ancient harbour of Alexandria-Troas was built in the 3rd century BC and St Paul passed through the city twice on his third missionary journey going on to Assos. The acropolis of Assos (Behramkale) is 238m above sea level, with the Temple of Athena being constructed on this site in the 6th century BC. This Doric temple is currently being restored to its former glory and role as guardian of the Biga Peninsula and Gulf of Edremit. Wander around to see the moonlight scattered through the temple ruins! Or rise early for the awakening dawn over the acropolis! From the top you can take in the magnificent vista of the Gulf of Edremit and appreciate this heavenly location. On the terraces descending to the sea are agoras, a gymnasium and a theatre and from the northern corner of the acropolis, you can see a mosque, a bridge and a fortress, all built by Sultan Murat I in the 14th century. Down below lies a tiny and idyllic ancient harbour. Assos has gained the reputation of being the centre of the Turkish artistic community with its lively, friendly and bohemian atmosphere – this may be the place you will always remember for years to come. In the village of Gülpınar, 25km west of Behramkale, is the ancient city of Chryse where the 2nd-century BC temple of Apollo is located. Babakale, a scenic village of houses terraced on a cliff which drops to the sea, is 15km west of Gülpınar that is located on an unmarked road that follows the jagged coastline.

Schliemann turned his dreams into reality; however, he destroyed much of Troy as a result of the unsystematic excavations which he carried out. He also took many of Troy’s precious artefacts out of Anatolia illegaly to the German city of Berlin.

After the 2nd World War, the artefacts, which were on display in the Museum Fur Vor-Und Frühgeschichte until 1940, were taken awaty to Russia as war treasures. In 1993, after many years of silence, Russia admitted that the treasures of Troy were in their country.

Other finds from the ancient city of Troy were also taken out of Turkey illegally over the years and dispersed among 50 different museums. The Republic of Turkey has been endeavouring to reclaim her cultural heritage for many years in accordance with the princible of UNESCO, which is that ‘every historic treasure should remain in its native country’.

The Republic of Turkey has organized various activities to introduce the Trojan artefacts of Anatolian Culture to the world. One such activity was the exhibition, “Troy-Dreams and Reality”, organized by Turkey and Germany in 2001 as a cultural and scientific co-operation. The artefacts carefully selected from the collections of 12 museums in Turkey, were sent to Germany for the exhibition. Hundreds of thousands of people saw these artefacts, and were introduced to the culture of which they are a product.

Although excavations in the Historic National Park of Troy are continuing, it is still possible to visit Troy. You can observe the excavations, and see the archaeological remains in their unique geographic location.

Archaeological finds, unearthed at the systematic excavation of Troy, are on display in the Museum of Çanakkale and the İstanbul Archaeological Museum, and these museums are an excellent source of further information on the area and its history.

Thousands of people visit Troy each year to see the artefacts and architectural remains of the 9 settlement periods.

Just by soaking up the atmosphere of the city, you can experience the spirit of Troy, theri imagination kindled by the replica wooden horse at the site. 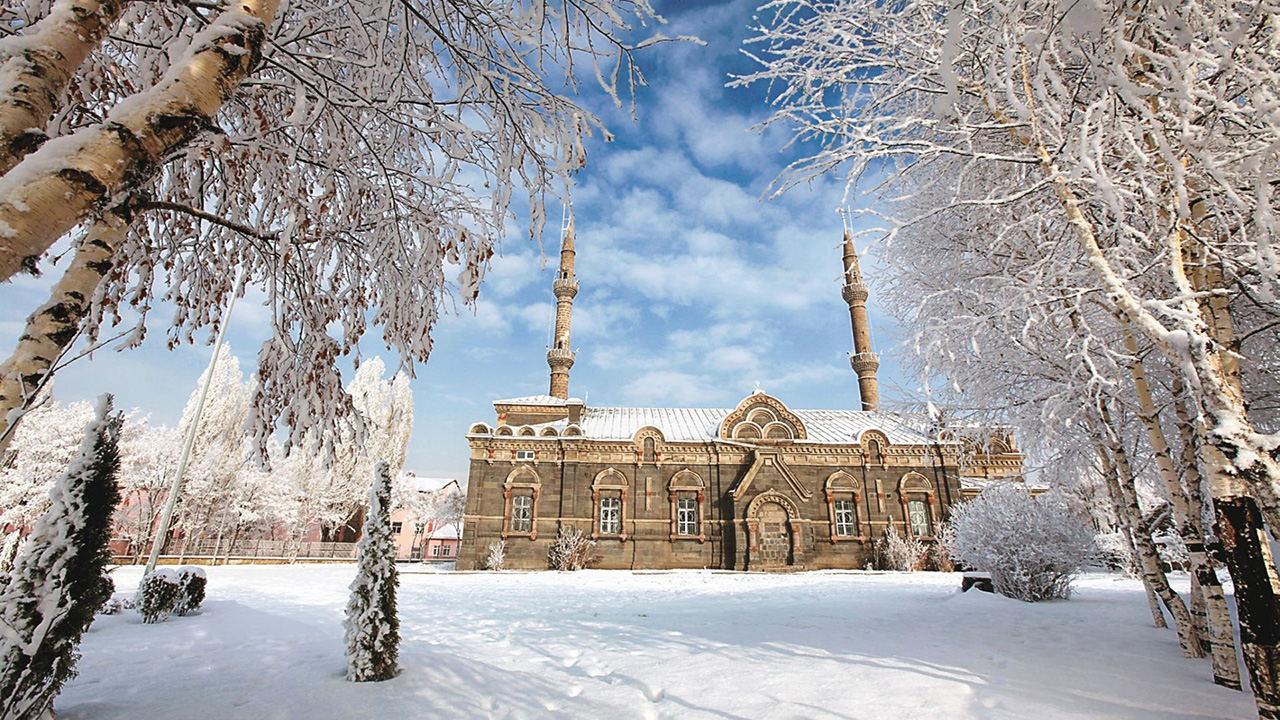 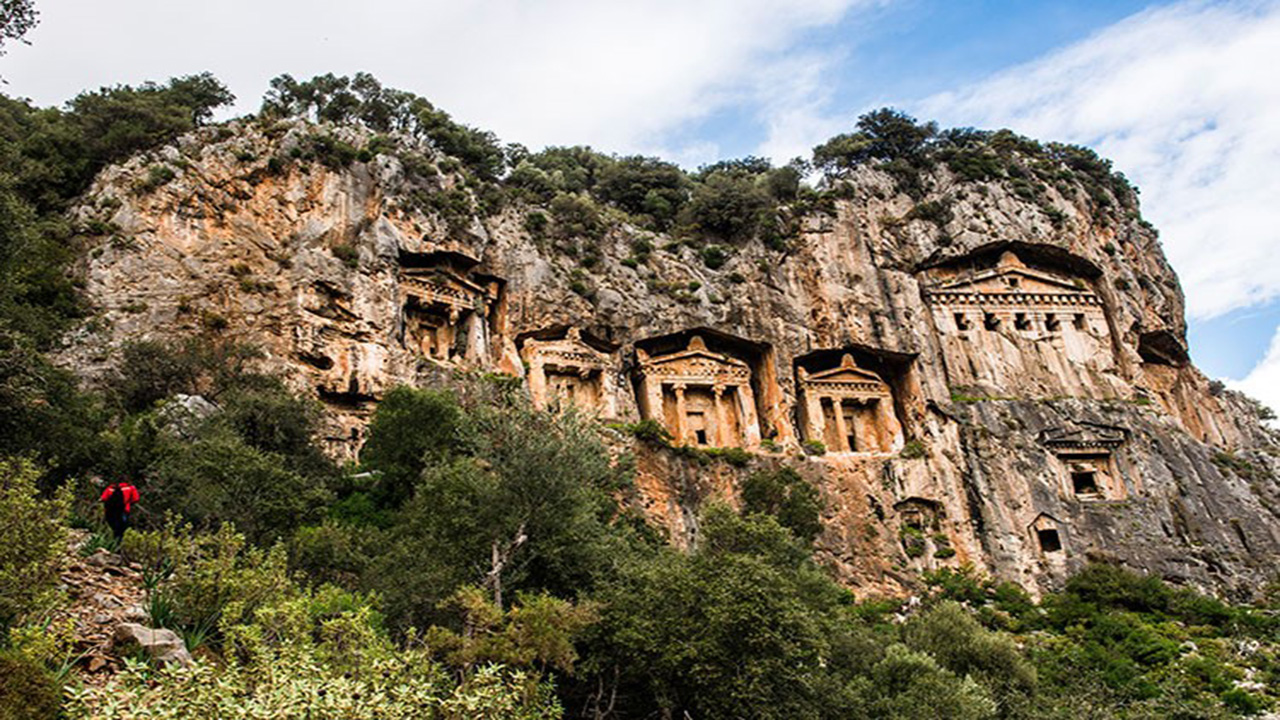